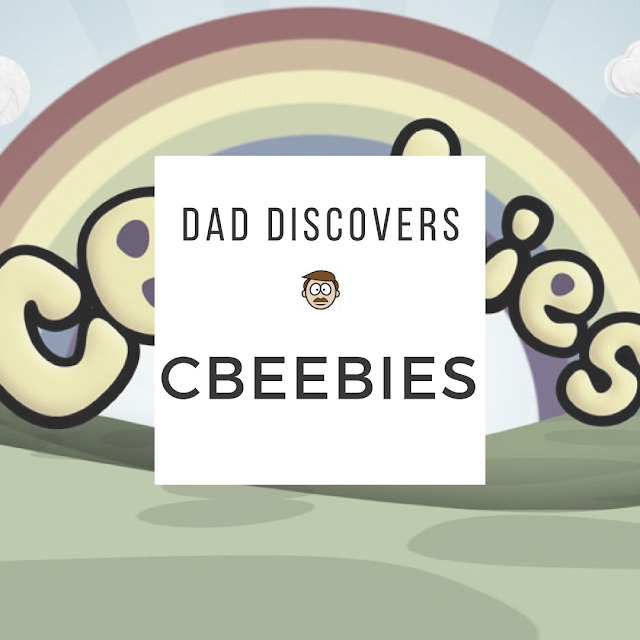 CBeebies is great. Until you have kids you'll probably never have any cause to watch it, but once you do you'll be thankful for the BBC for creating it. It's brilliant. There are, of course, loads of other kids channels out there from CITV to Nickelodeon, Disney Channel to Baby TV, but most depend on a paid subscription of some kind, are predominantly American in content, and are bursting with adverts. CBeebies on the other hand is free (sort of), has no adverts and can generally be relied upon to serve up several hours of good quality content for your sprog. 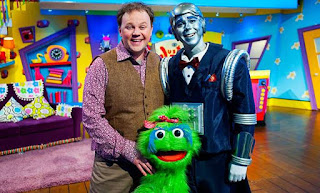 The almost reincarnation of Emu's Pink Windmill Show, hosted by the undisputed king of toddler TV, Justin Fletcher. He pops up all over the place on CBeebies but this one is the most fun. 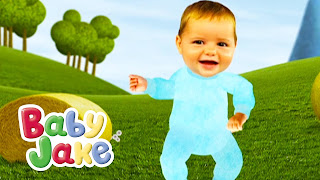 Oh look, this family live in a windmill! Ah, here's each member of the family. Hang on, why has everything become animated? Why has the animated baby got a face made of real baby pictures? What happened to the other other family members and why aren't they in any of the stories? Why is the baby flying around on rainbows? This is clearly produced by someone on acid, but has annoyingly catchy tunes that I sometimes find myself humming on the way to work like a madman. 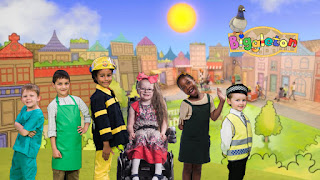 A town populated only by kids. Surely they'll all be starving and living in their own filth with a few hours? Or turn on each other like Lord of the Flies? Nope, apparently they'll all dress up like adults and hold down steady jobs, pausing only to have the occasional boogie whilst the God-like voice of Eamonn Holmes comments on their every move. 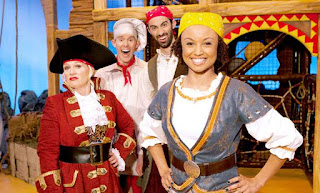 If Justin's House reminds me of Emu, Swashbuckle is basically Fun House without the cool obstacle course, race course and Pat Sharp's mullet. But it has the same atmosphere of organised chaos as well as pirates, gunge, kids falling over and a baying mob of under-12's as an audience. What's not to like? 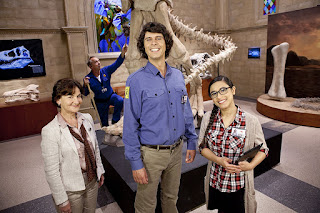 Andy has a whole range of programmes in a very similar format, but I reckon this is his best. He works in the prehistoric section of the National Museum (which seems unlikely), has a pretty but nerdy assistant (which seems even more unlikely) and travels into prehistoric times every episode (or at least into some footage ripped off from Walking With Dinosaurs) to collect some kind of artifact that has previously been broken by the same cleaner. EVERY episode. It does have a cracking theme tune though, which has been butchered to fit in the latest incarnation, Andy's Safari Adventures. 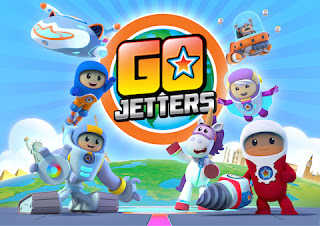 Four animated characters fly around on a jet visiting landmarks of the world with a ghetto unicorn, saving them from another character called Grandmaster Glitch. They're supposed to be in training, but what for? Where are the other graduates and what do they do? Why are they never surprised that wherever they end up on the planet the same other guy is always coincidentally there? Doesn't matter. Geography plus a disco soundtrack puts it into my number 5. 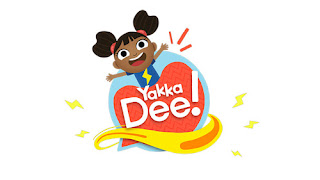 Yakka Dee is a loud animated toddler who picks a random object every episode and repeats the word so many times that it's impossible for your child not to learn it. Car. CAR. CAR! YOU SAY CAR! It gets extra marks for its infectious enthusiasm though, and a mildly hop-hop theme tune. 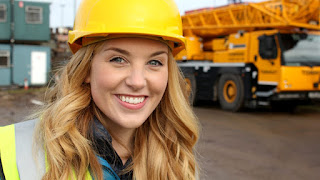 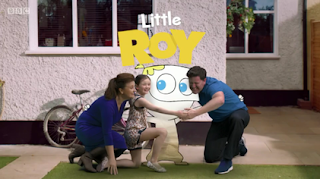 Like the reverse of Baby Jake, Little Roy is actually an animated boy living in the real world with an otherwise normal suburban family. This also has the bonus of being Irish which means a similar sense of humour to Father Ted, some great one-liners and an obligatory former member of Boyzone. Chuck in some amazing dad dancing in the intro and you're on to a winner. 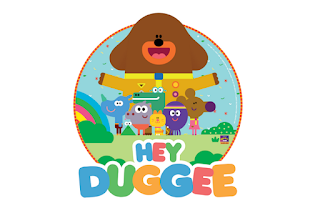 Many kids' programmes you'll quickly zone out of (try watching In the Night Garden without losing the will to live). Some you'll watch for a while because they're on and might have some interesting bits. Hey Duggee is one of the rare few that I actually enjoy watching all the way though. So much so that if they put it on primetime BBC1 at 9pm I'd probably tune it to watch it. What is basically an ultra-simple 2D-style cartoon about a dog who's a sort-of scout master and his group of animal children is actually one of the funniest, cleverest, most entertaining children's programmes ever made. It has great characters, some brilliant dialogue (despite its lead character only being able to communicate by woofs), some truly memorable tunes and the occasional pop culture reference chucked in for the grown-ups. Not many kids' programmes can pull off a parody of Apocalypse Now. Hey Duggee can.

That's my Top 10! What are you favourites?