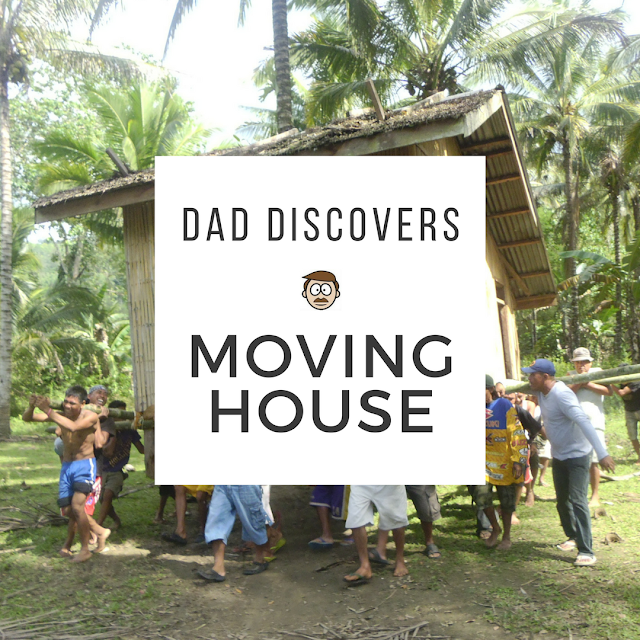 Living in a Box

When we moved out of our little London flat into our first house, it seemed huge. It had an upstairs! It had a whole other bedroom! It had a little dining room! And although we quickly filled it up with stuff, it was comfortable.

When we had The Boy we had to get some extra stuff which took up a bit of space, but it wasn't actually too bad. But the older he got, the more stuff we seemed to need, and the more space everything took up. This also went for The Boy himself, who went from needing a space to lie in to a bigger space to crawl in, to an even bigger space to run around like a lunatic. After a couple of years of very careful space management involving storing everything into tiny spaces like a giant game of Tetris, the realisation dawned on us that we'd need a bigger place.

Our previous criteria had gone something like - Does it have at least two bedrooms? Can we afford it? Can we easily get to and from work? Is it in a nice area and does it have nearby shops and a supermarket? It didn't take long to find somewhere and our requirements were pretty short. I hired a van for the day of the move, roped in a friend to help us move our stuff and before we new it we were in our new gaff enjoying the delights of a garden and a flight of stairs.

This time however, things were a bit more complicated, and knowing that there was a decent kebab shop around the corner was no longer enough. We still had the usual issues of what we could afford and how big it needed to be, but now we had to think about things like whether the local schools were any good, whether there were nice green spaces in the area and whether the neighbourhood was safe.

Viewing houses with a toddler was a unique experience that I feel everyone should try at some point. In every case The Boy (who has usually been carried in) demanded on being put down and then proceeded to race around the house investigating things and opening cupboards. In some ways this was stressful as one of us would always need to chase around after him. On the other hand it was a good way to see if he liked the place, and also an excellent way to snoop around the house without the estate agent hovering over us.

Once we'd found somewhere and had our offer accepted I started to prep him that we'd soon be moving into a new house and he'd have a new bedroom. And then, predictably, parental guilt. It's hard enough leaving your first proper place and all the memories you had there as an adult, let alone a two-year old who has never known anything else. Will he understand that he'll never be going back to the old house? Will he pine for his old bedroom and living room? Will the whole experience damage him somehow? There was no way of knowing. We'd sensibly made sure he was in nursery for the day of the move, since his 'help' usually involved climbing into boxes or taking things out of boxes and hiding them in other rooms.

On the afternoon of the move day one the removal men had gone, I picked him up from nursery and drove him to his new home. He ran through the front door, did a quick lap of the place and settled down in the corner with his toy cars which we'd made sure we'd unpacked early on. If there's one thing that's true for him it's that home is where the cars are. He has a lot more space to spread his toys out, a nice new bedroom and a place where we could all eat together as a family. And it has made things a lot simpler for us (including having space for a tumble dryer which just might have changed our lives).

It'll still take a bit of time for us all to settle in, and it's taken a few weeks to get him sleeping through the night again but we did it, and I'm looking forward to all the new memories we'll make here over the years to come.