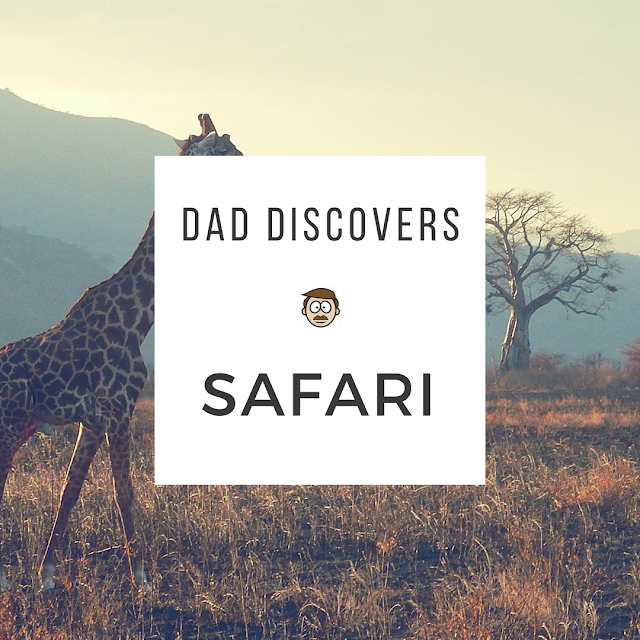 A Love of Cars

So why use up valuable energy trudging round a zoo when you can sit in your car and point at animals through your window? I'm fairly certain that the people of Essex didn't invent the safari, but frankly it's right up our street. What's more (having some Essex blood in him), The Boy LOVES cars. Even more so than animals, so a trip to Woburn Safari Park would clearly be a winner for everyone (especially the pair of 2-year-olds travelling with us).

After arriving at the park and paying to get in, we got The Boy out of his car seat and let him sit on my lap while I drove. Every other parent was doing this with their kids too, and he looked like he'd just won the toddler lottery. Sitting with Daddy while he's driving? This may very well have been the best day of his life, and we hadn't even seen any animals yet.

There are three separate loops for the road safari; Savannah Grasslands, Kingdom of the Carnivores and African Forest, so off we went into the first.

The main draw of this bit is the rhinos. There was already a short traffic jam of cars up ahead so we assumed that's where they were, and once we got a bit closer we could see a few having a lie down in a wooden shed. We drove around a bit more, but couldn't see any out in the open. There were also Antelopes and Wildebeests but no one in the car was particularly interested in them as we all wanted to see massive rhinos. The Boy didn't care either way as he was busy turning the window wipers on and off much to his delight.


Kingdom of the Carnivores

This is where it started getting serious as the animals got dangerous and exciting. First up was the tigers, and there was a massive queue of cars taking photos of a particularly self-confident tiger who was posing on a platform. We spotted another one though, a bit further along the road, who was hanging around the back fence. We got a bit closer and it became clear it was stalking something we couldn't see. Suddenly it pounced, and at the same time a squirrel legged it out of the grass and up the fence, only for the 8-foot long tiger to leap up the fence trying desperately to paw at the squirrel who made a swift exit. We were all very excited and slightly terrified by this. The Boy meanwhile had found the hazard warning lights, apparently to warn other drivers of the danger.

We then discovered a pack of wolves who strolled nonchalantly in front of the car and stopped for a scratch, blocking the whole road to show us who was boss. Next, we entered bear territory and found most of them lounging on the roof of a hut. We stopped next to them for a better look, at which point The Boy decided he fancied a stroll, grabbed the door handle and opened the car door. A short but intense freak-out by everyone in the car ensued until the doors were locked and we continued into the lion area where we saw the usual bunch of lazy lions lounging around in a big group. By this time, The Boy had discovered the radio and was happily skipping through the stations.

Otherwise known as the monkey bit, this is when it got real with what can only be described as being in a lengthy traffic jam in the middle of a forest with small mammals using the roof of your car as some kind of hop-on/hop-off sightseeing bus. This definitely did attract The Boy's attention, although only for the duration of the interesting bits after which he decided to grab the wheel and try to steer the car. This was disconcerting at first until I realised that he might be shaking an unseen monkey of the roof so I let him get on with it.

The road safari complete we gladly headed to the main car park (much to The Boy's disappointment) and did the rest of the park on foot. Though not massively pram-friendly, it did include a viewing window into the sea lion enclosure which both 2 year-olds found inexplicably hilarious and spend a good 20 minutes cackling like maniacs. It also has a bouncy castle area, and an indoor soft play should you need to let your little one go crazy in a controlled environment for a bit.

So all in all fun was had by everyone. The Boy got to teach himself how to drive, we experienced the adrenaline of having a 2-year-old steering the car and occasionally opening the door to deadly predators, and we made it through without any monkeys breaking off bits of the car.