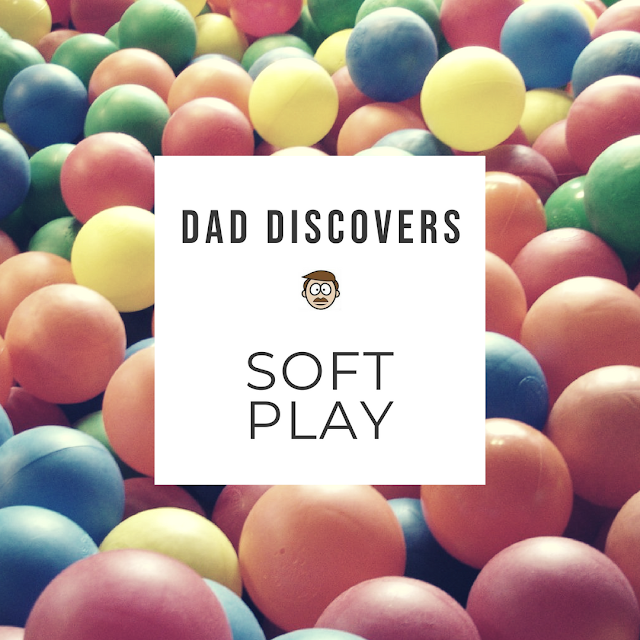 “A dungeon horrible, on all sides round… No light; but rather darkness visible served only to discover sights of woe”
- Description of Hell in ‘Paradise Lost’ by John Milton.

Soft play establishments were one of those things that I was vaguely aware of before having kids, without actually having any interest in. It’s a bit like the way that I’m aware of cricket, ITV Be and Luxembourg and have nothing against them but have no plans on giving them any of my attention.

Flash forward to the present and I’m sitting at home with a small energetic child, it’s raining outside and we desperately need to get him out of the house for a bit. Then we remember that there are mythical play lands specially designed for small children. They have a café too, so what’s not to like? We decide to give it a try.

Remote for a Reason

What sets the tone for these places very early on is their location. Something conveniently located in town? Nope. Something in a leafy suburb overlooking a park? Nope. How about something hidden round the back of a large industrial estate that can only be found by Bear Grylls? Bingo. It does mean that there’s somewhere to park, which is handy, but also means you’ll feel more like you’re taking your kid for an MOT or to buy some sheet metal than a safe place where small children can roam free.

So in you go, and the first thing you’re hit with is the NOISE. Not the happy, sunny sound of children’s laughter but the nightmarish sound of hundreds of kids screaming at each other, echoing around a warehouse that has now been painted a variety of garish colours. Since the whole place has been declared safe and suitable for kids, most parents sit in the café area and take the opportunity to have a well-earned rest and (despite the written warnings) let their kid go absolutely nuts somewhere out of sight and earshot.

It’s at about this point that you notice how dirty these places are. I have palpitations sometimes just thinking about the state of our dining room floor after The Boy had had lunch, let alone a place permanently frequented by under-5’s. There’s not enough staff in the world to keep these places clean. The floors are sticky, there's tiny shoes everywhere, and if you fancy a real treat I suggest wading into the ball pit, sticking your hand in and having a rummage around at the bottom. Think of it like a lucky dip gone wrong.

But at least your child is happy. Or at least they will be for two minutes before they get themselves into a conflict with another child who won’t let them pass or an older kid who’s hogging the toddler activities. At which point you find yourself in fun parenting territory – disciplining other people’s kids. Basically, at some point, there’s a fair chance you’ll need to decide on how best to avoid your kid being impacted by another kid’s bad behaviour, and whether you feel like you can risk telling off someone else’s kid. But that’s a whole other topic for another day.

This continues until you’ve been in there long enough that you can’t drink any more coffee, your eye starts involuntary twitching and you begin to lose the will to live.

But it's not that simple. First of all you have to find your child within the swarming masses, and then you have to convince them to leave. When they predictably ignore you and disappear up a ramp laughing and into a tunnel, you’re then left with the choice of risking looking like a terrible parent by screaming at them (adding to the general chaos), or risking looking like an idiot by attempting to follow them into an obstacle course clearly designed for small children. There’s no good way to handle this, and by the time you leave your child will probably be crying because they didn’t want to go and they’re tired from all the running and screaming.

As you attempt to navigate your way out of the industrial estate with a sobbing toddler in the back of the car, doped up on caffeine with your ears still ringing, you’ll wonder if it was all worth it. Which seems to me like the blueprint for pretty much every day out with the kids.

So in conclusion, these are terrible places. So terrible that we’ll probably be back soon. Britain’s a very rainy country after all.