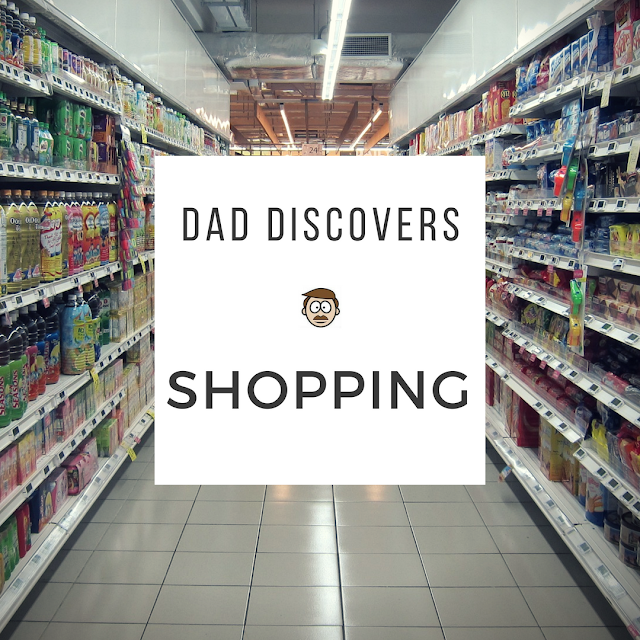 Ah shopping. Some things I blog about aren’t necessarily age-specific and will probably stay the same regardless of how old The Boy is. Soft play for example, will always actually be soft torture even when he’s a bit older. But other things change over time and have varied massively depending on his age.

One of the times this is apparent is my experience of taking him to the shops. At two-and-a-half I’d say he’s been through three main phases:

This could actually be taken in two ways since it involves having a baby stuck to you like a magnet. When the Boy was really little I loved nothing more than strapping him to me in his harness and going off out and about. A few weeks later he started demanding a better view than my chest, and he soon became semi-permanently attached to me, looking out into the world taking in the sights and sounds.

At this point he was a dream to take around the shops. However, it was clear from day one that certain people were drawn to babies like moths to a flame, and strangers would regularly approach me to fawn over him, stroke his head and ask me what his name was. Unsurprisingly this demographic seemed to be women in their 60’s and 70’s (although once a burly drunken man who was having a fag outside a pub ran across the street to tell me “he’s beautiful he is”, which was nice). For some reason teenage girls also seemed intrigued by him, but only old women seem to have the confidence to walk up to a complete stranger, start prodding his child and then ask personal questions about his family. They’re probably the same people who feel complete strangers’ stomachs when they’re pregnant.

So carrying the kid – great. Getting around the shops without being accosted – not so great.

Phase 2 – Bull in a China Shop

After about 18 months The Boy could run around by himself, and that’s pretty much all he ever wanted to do. At this point he was a liability in public places but often there was no option but to take him with me. If I tried to sit him in the trolley he'd go mental and the sounds of his tears would echo down the aisles, adding to the misery of those already spending their Tuesdays evenings in Tesco.

Putting him down however, was far worse. Off he's run, bombing up and down the aisles like a tiny Usain Bolt and often disappear round the corner whilst I frantically chased after him with a wonkey trolley. Every now and then he'd decide to investigate the stuff on the shelves, resulting in a path of destruction. Several things have made me spring into action since becoming a dad, but possibly none so fast as watching him saunter over to the egg aisle, hands outstretched.

Destruction or misery. Those were my choices.

Eventually after about 2 years, he got used to visiting shops and decided he wanted to help. There's something equally adorable and terrifying about a 2-year-old who want to help with anything. Now we go into the supermarket and he knows where all the stuff he's interested in is. Whatever you went in the for in the first place, he'll lead you to wherever the crisps, juice, yogurts and ice cream are and say things like 'Daddy get' or 'my juice' with an expectant little face.

The other day I thought I'd let him help and it predictably went wrong. I'd popped into Tesco Express for a loaf of bread and let him carry it to the self-service till telling him 'take it to the computer' which he seemed to understand. He ran off round the corner at which point I realised that there was a long queue of people lining up to use it. However, once the person using it had finished, The Boy ran straight to the till and chucked on the bread. I aplogised to the other customers and took the bread back to go to the back of the queue, but when the next customer tried to use it he found that the bread had already scanned so was stuck part-way through the process. With no staff available to reset it, I reluctantly went back to the till and paid for the bread feeling the burning shame of an Englishman who has just jumped the queue.

You could argue that he had done me a favour I suppose, although it didn't feel like it. Help from a toddler is a risky business.


So what's the next phase? What have I got to look forward to? If you have older kids, please let me know. Because it might just be easier to do my shopping online.

** Hah! As if! I'll just be content with my 30 Clubcard points which in five years might get me some free dough balls in Pizza Express.